Who was Dr. Bach? 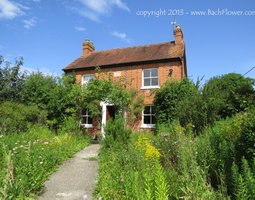 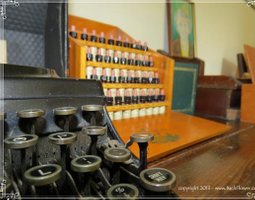 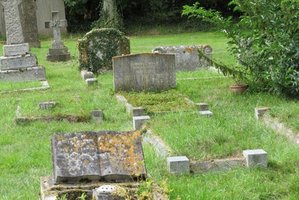 Dr. Bach had to contend with some who chose to distort or “improve” his findings and so he wrote to Victor Bullen one month before he died, the following words:

“Attempted distortion is a far greater weapon than attempted to destruction . . . mankind must always have a choice. As soon as a teacher has given his work to the world, a contorted version of the same must arise – the contortion must be raised for people to be able to choose between the gold and the dross.”

“This work of healing has been done, and published and given freely so that people like yourselves can help yourselves” Dr. Edward Bach

Dr. Bach studied medicine at the University College Hospital, London and obtained a Diploma in Public Health at Cambridge. He was a house surgeon and a casualty medical officer at University College Hospital. He worked at the National Temperance Hospital and practiced for over twenty years in London as a Harley Street consultant and bacteriologist. After research in immunology, he developed an interest in homeopathy and joined the laboratories of the Royal London Homeopathic Hospital in 1919. He developed seven bacterial nosodes (the seven Bach nosodes), which have received only limited recognition

Despite the success of his work with orthodox medicine, he felt dissatisfied with the way doctors were expected to concentrate on diseases and to ignore the people who were suffering them. He turned to alternative therapies. He believed that illness is the effect of disharmony between body and mind. Symptoms of an illness are the external expression of negative emotional states. In 1928 he began work on his own remedies made from plants. At the age of forty-three (1930), he gave up his lucrative Harley Street practice and left London in order to concentrate on finding a new system of healing involving plant remedies. He was sure a new system of medicine could be found in nature and so he left to work in Wales and the English countryside. In spring and summer, he discovered and prepared new herbal remedies, and in winter he treated patients for free

By 1932 he had discovered the first of his 12 remedies. These he used on the many patients who came to him for treatment. In 1933 he began making the second group of remedies, the 7 helpers.

In 1934 Dr. Bach moved to Mount Vernon in Oxfordshire. It was in the lanes and fields roundabout that he found the remaining 19 remedies that he needed to complete the series. He would suffer the emotional state that he needed to cure and then try various plants and flowers until he found the one single plant that could help him. In this way, through great personal suffering and sacrifice, he completed his life’s work.

Bach decided to spread his knowledge among the people. Dr. Bach published his work, principally in public lectures and in magazine articles. In particular, he wrote articles and gave lectures between 1933 and 1936 in relation to the remedies. He advertised his herbal remedies in two of the daily newspapers. This brought him numerous inquiries from the public, but the General Medical Council disapproved strongly of his advertising.

Just as he had abandoned his old home, office, and work, so now he abandoned the scientific methods he had used up until now. Instead, he chose to rely on his natural gifts as a healer, and use his intuition to guide him. One by one he found the remedies he wanted, each aimed at a particular mental state or emotion. His life followed a seasonal pattern: the spring and summer spent looking for and preparing the remedies, the winter spent giving help and advice to all who came looking for them. He found that when he treated the personalities and feelings of his patients their unhappiness and physical distress would be alleviated as the natural healing potential in their bodies was unblocked and allowed to work once more.

Dr. Bach passed away peacefully on the evening of November 27th, 1936. He was only 50 years old, but he had left behind him several lifetime’s experience and effort, and a system of medicine that is now used all over the world. 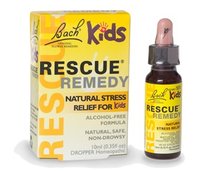